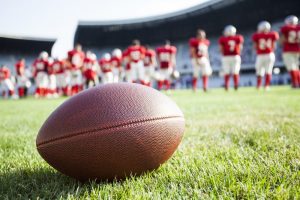 Memorial Stadium Sells Out for the 2019 Red-White Spring Game!

In the sixty-nine years since the first Nebraska spring football game, more than two million fans have flooded into the stands to root for their hometown favorites at the annual celebration of Huskers football. With 85,946 fans on hand for Saturday's 2019 Red-White Spring Game, it continues the tradition of being a must-attend event near our Downtown Lincoln apartments. From the time that 12-year-old Mason Ramsey took the field to treat the fans to a resounding rendition of The Star Spangled Banner, the stadium was on fire!

When asked about the game before the start, Huskers Head Coach, Scott Frost said, "We're a mile ahead of where we were last year, still have a long way to go, but I think we had a really good spring overall."

Although several key players, including Anthony Banderas, Cam'ron Jones, Wan'Dale Robinson, Caleb Tannor, Maurice Washington, and Tate Wildeman were listed as unavailable for Saturday's game, the competing players made quite a splash.

Heisman hopeful Adrian Martinez completed five of nine passes for 110 yards as well as a 75 yard touchdown drive on the Red Team's opening possession. On the other side of the ball, Omaha Native Jaylin Bradley finished the game with 57 rushing yards for the White Team, averaging 4.8 yards per carry.

With most of the starting players stacking the Red Team, it wasn't a surprise when the Red Team beat out the White Team by 24-13 and held the White Team to 81 rushing yards. Asked about the final score, Coach Frost said he was pleased with the progress that the team had shown through the spring practices. He went on to express satisfaction with both sides.

"As long as I've been a part of running this offense as a receivers coach or coordinator or head coach, the defense is always ahead in the spring. And even in fall camp, the defense is ahead," Frost said.

To find out how we can help add your voice to the crowd cheering on the Huskers, contact us today!