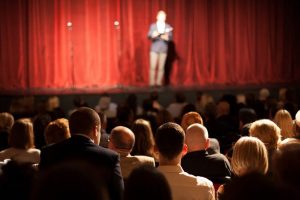 Shop and Dine in the Historic Haymarket District

Are you searching for a place where you can shop, dine, and play?

Then head to the historic Haymarket District.

The Haymarket name dates back to 1867 when a market square was established between O and P streets. It was used as an open-air market for produce and livestock, and as a lively gathering place.

Six years later, the market was moved two blocks east. The city designated the eight-block Haymarket District in 1982, and it was then recognized as such by the National Park Service.

The Haymarket is just five minutes from our downtown Lincoln apartments. Highlights include:

At Ten Thousand Villages, every handcrafted item has a meaning behind it. The store's named was inspired by a quote from Mahatma Gandhi, and it provides opportunities for artisans in developing nations to earn an income. Some of the designs are made using time-honored patterns, while others were created from the artist's imagination. There are dozens of items, including the popular baskets. They come in different sizes and are made with natural materials that grow near the maker's home.

Buzzard Billy's brings authentic Cajun and Creole cuisine to Lincoln. It draws a crowd and is found inside the former H.P. Lau commercial grocery building constructed in 1906. The restaurant offers a vibrant atmosphere and features wood accents, old license plates, and televisions so guests can watch the big game. Offerings include Cajun mac & cheese, seafood gumbo, and crawfish etouffee.

If you want to enjoy a night of laughs, visit The Comedy Loft. It's the city's premier comedy destination, and well-known comedians take to the stage. The club is located on the second floor of the Creamery Building, and the performers entertain Friday through Saturday.

If you would like to live near the Haymarket District, please contact our leasing staff. They would love to show you firsthand all our apartments near UNL have to offer.